1. A letter from the famous player and chess problem supporter C.H.O'D.Alexander regarding one of my chess problems published in the London Evening News. Now obtained by the chess collector Lawrence Totaro of Las Vegas, NV, USA. 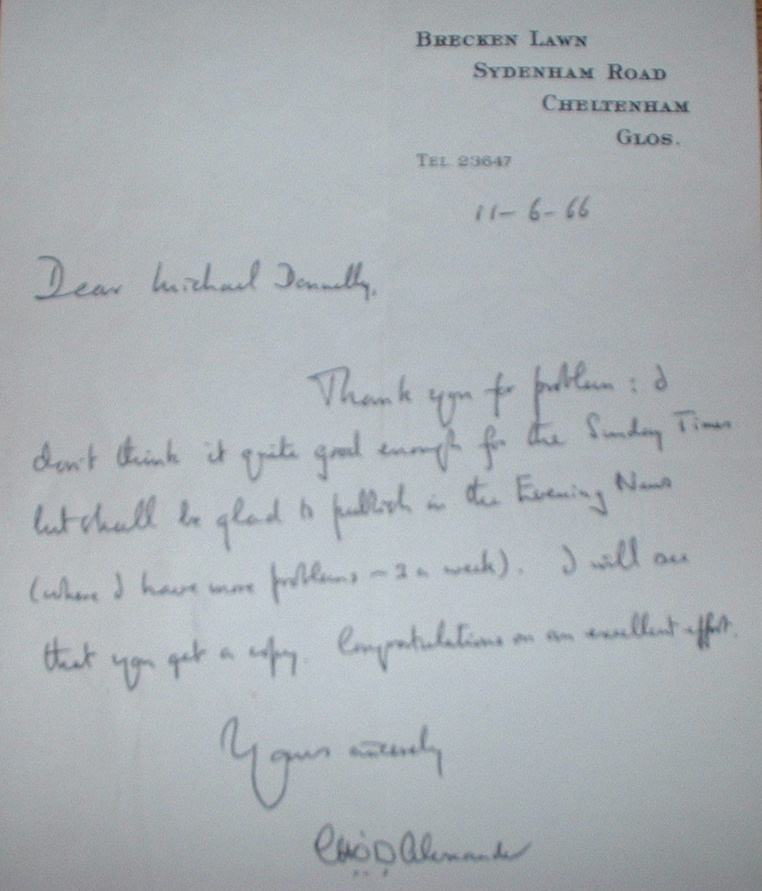 2. A photograph of a cake in the form of a board and edible pieces, made by his mother and presented by Gerry Walsh, prime mover in putting Teesside chess on the map and later British Chess Federation President, on the occasion of my 21 st birthday (published in the Northern Echo 13 November 1971). This picture appeared as a "guess the players and year" competition on the Cleveland Chess Web site in July 2002 and although Gerry was identified I was thought to be GM Vladimir Hort!! 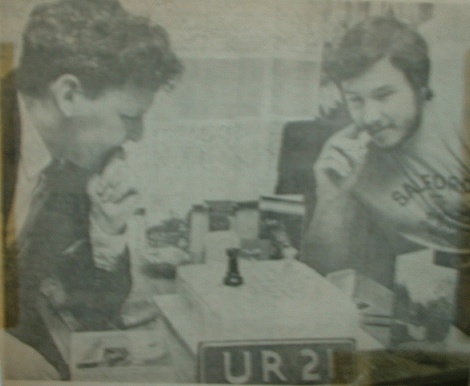 3. Invitation letter from Jim Rushton to play for the Northern Counties in an otb match against Scotland at the astounding travel costs of 40p! (7th Septemebr 1971). Also invited were the late Alan Sayers (the Sunderland Echo chess columist) and Paul Bielby who is still, I believe, an active player and organiser. 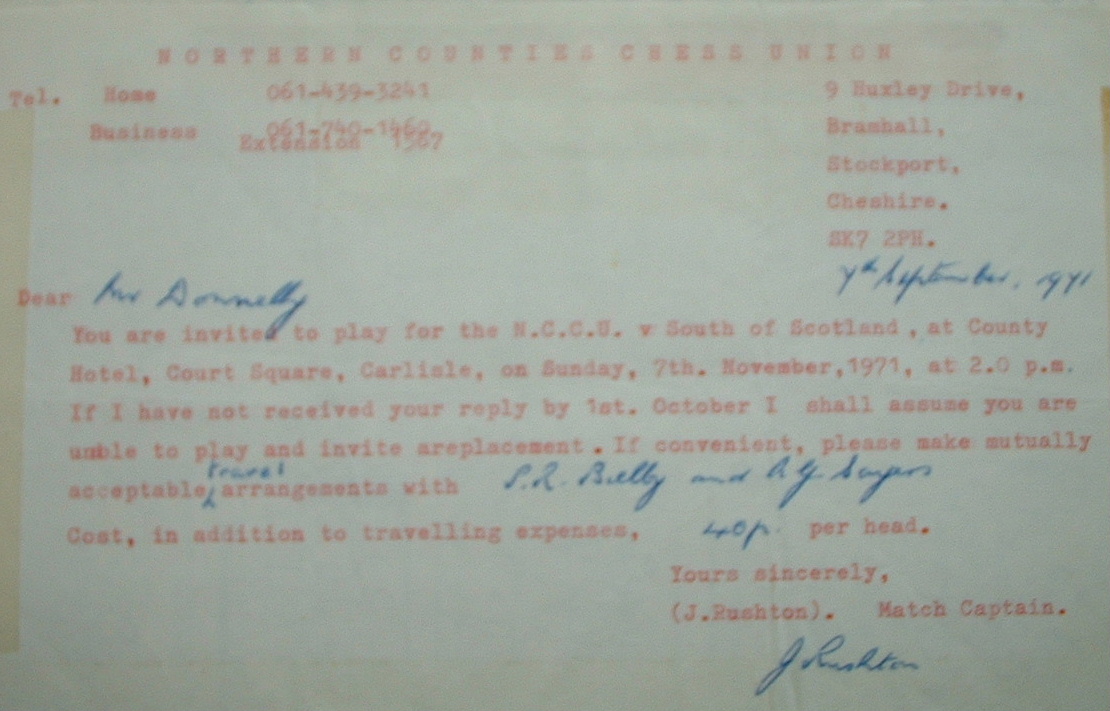 4. The envelope of a letter from Gerry Walsh from the World Junior Ch of 1973 held in Teesside which shows how far chess had progressed in this region from Gerry's involvement. 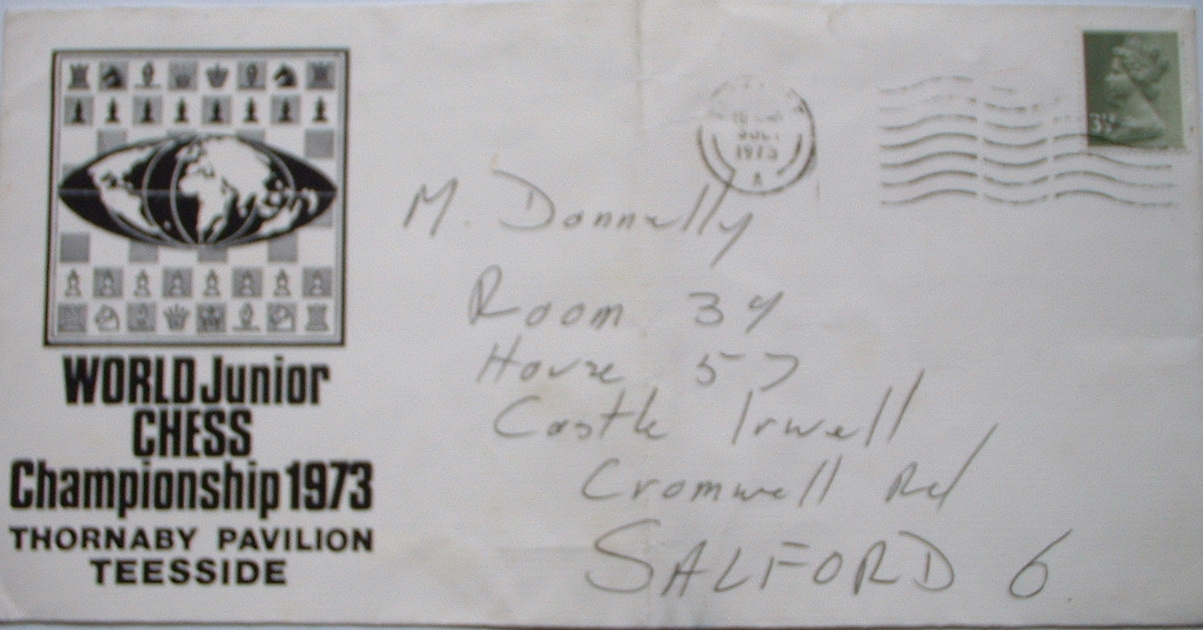 5. The envelope of a letter from Baruch H. Wood, founder of "Chess" magazine and one of the famed promoters of British chess. Sent from the Korchnoi-Karpov match in Merano in October 1981. Its difficult to speculate what might have happened in Merano but in the envelope was a cheque with a much overdue payment for several theoretical articles I had published in "Chess" : two in  1976, and one each in May 1979 and March 1980. 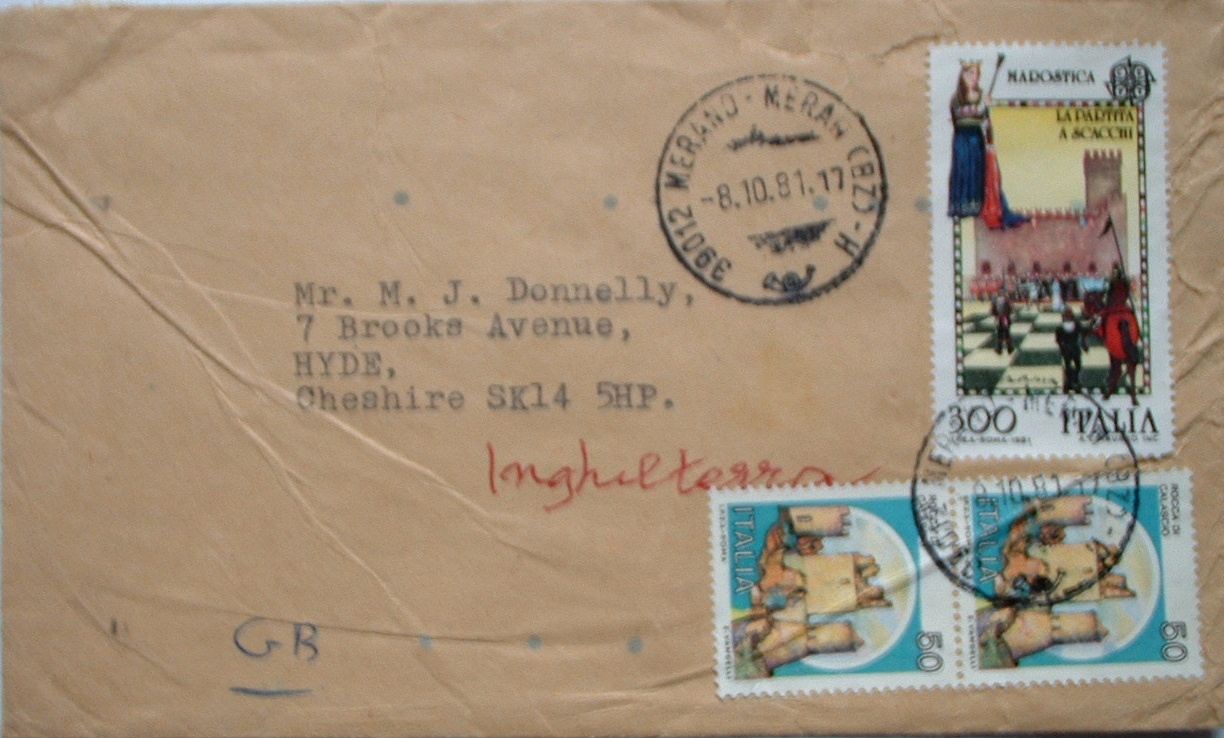