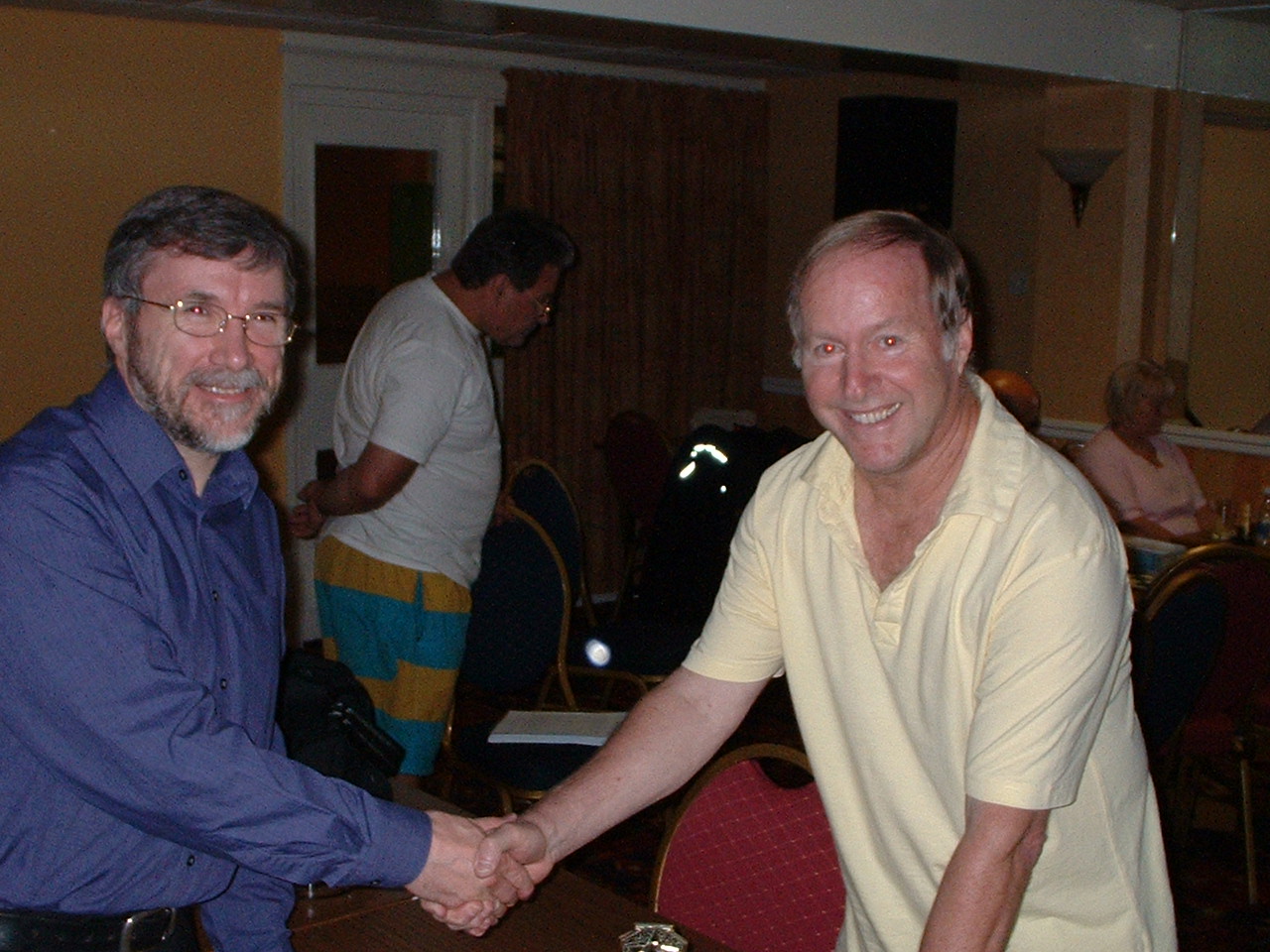 In white in the foreground is the late John Evans secretary of Whoberley Chess Club presenting the prizes for the Joe Soesan Memorial Cup on Aug 31 2005 at the Standard Triumph Social Club, Coventry. Myself , on the left in the left hand picture, receives the winners trophy for the second year running (2004 and 2005). Whilst the £500 Silver Cup is just out of shot Dave Filer is caught in the background making a poor attempt at not being in the picture! The picture on the right shows John presenting the runners up trophy to Ed Goodwin who achieved this position in both 2004 and 2005 on tie-break. 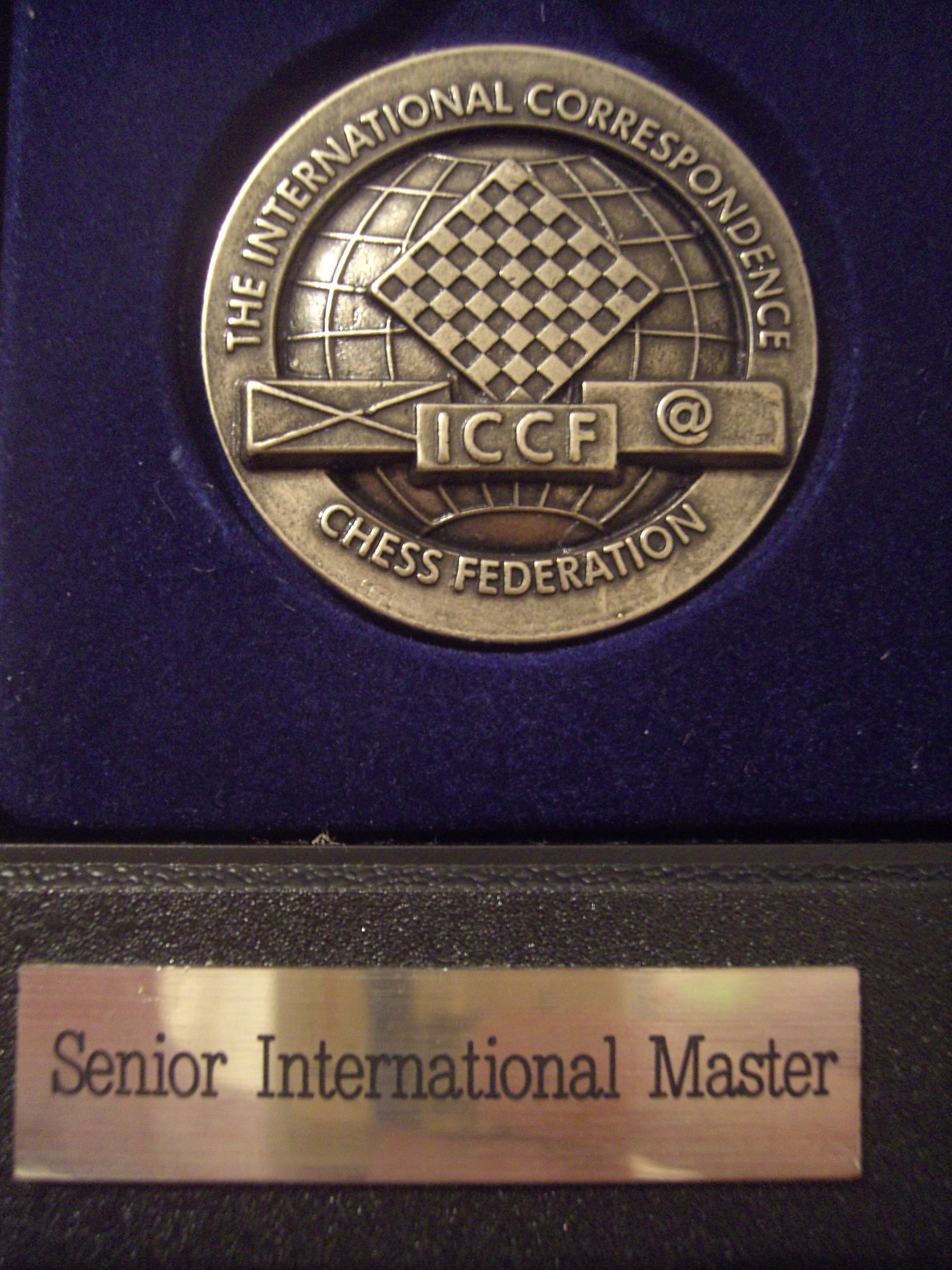