This page is divided into the following sections:

Started composing chess problems in early 1966 and playing for school team in November that year (aged 16).

The fine silver cup for the University Individual Championship. The only original trophy that has been kept due to winning it 3 times.

Leamington and District Chess League Lightening (Blitz) 2019: 2nd= (to P.Holt with A.Lloyd and M.Cundy-picture below on left-Alan on the left, Mark on the right.).

British Chess Problem Society International Tourney for Helpmates in 3 or more moves: (composed with J.Driver and D.Smedley) 1979-80 2nd (to R.List).

The small (ca 3 inch) keepsake of the Crossley Trophy win in 1968. The original trophy shield, much to my mother's consternation when it arrived

at our house, was some 2 foot tall.

Match versus Scotland 1971 played at Penrith: Won game and match.

The invitation from John Rushton to play in the match: 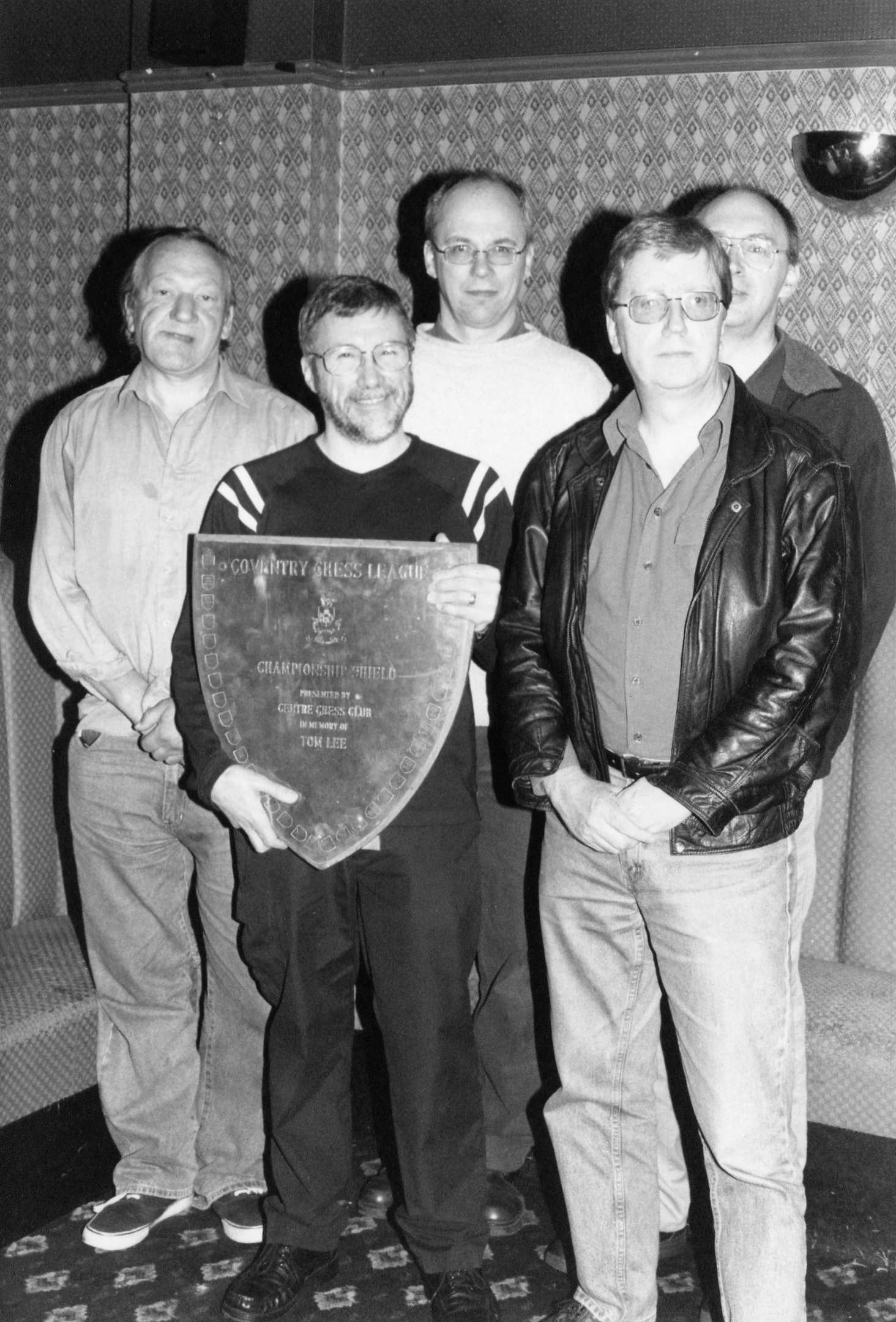 A picture of the old Queen and Castle sign across the road from Kenilworth's Elizabethan Castle (or should that be Kenilworth Rook) which may go some way to explaining why so many decent chess players live in the rather small town of Kenilworth.

(Results of team matches versus USA (three), Finland, Denmark, Australia, Canada, Latvia, Ukraine (Bd.1), France, Cuba and West Germany are under research (so far my personal score in these tallies +10, =10, -1).